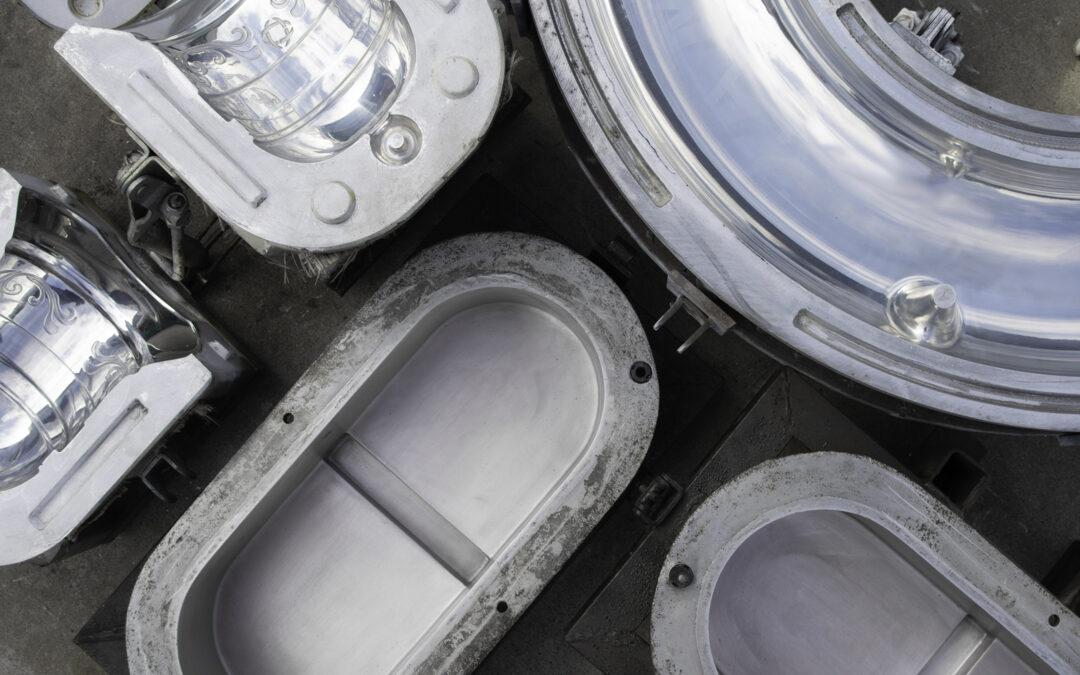 Moulding is an ancient practice which has been used for generations across cultures. It describes the process of creating objects by melting the chosen material into a pliable form, and then shaping it into the desired shape using a rigid frame which holds it into place as it cools and solidifies.

Plastic moulding specifically, however, only became popularised after the Second World War due to a rubber shortage and a high demand for large quantities of uniform pieces. Since the first injection moulding machine’s invention in 1946 by Isaiah Hyatt, plastic moulding has evolved significantly to include a variety of moulding method options, each with their respective advantages and characteristics.

All moulding methods are primarily distinguished by three main aspects: material, mould, and force. Material refers to the type of plastic being used, as the properties of varying plastics can impact the product’s quality depending on how it is processed and moulded. The second aspect, moulds, describes the container which holds the raw material, and which embodies the desired pattern or shape. Finally, the force describes the pressure involved in the changing geometry of the material, usually expanding it to mirror the mould’s cavities and protrusions. It is these three components by which the various forms of moulding manufacturing can be distinguished, with no exception for plastic productions.

Arguably the one of the oldest form of moulding, injection moulding was invented in 1861 by John Wesley Hyatt to improve uniformity in the production of billiard balls. Moulds are made from aluminium or steel, however there are also existing non-metallic composite options. It is used frequently to produce items such as medical devices and automobile parts, however, is also used for smaller pieces such as bottle caps.

It is ideal for large production quantities of identical, one-piece components. The process involves injecting molten plastic material directly inside a closed mould at high pressure, before being left to cool and solidify. It can be compared to making jelly; fill the container with the desired pre-heated and liquified material, and as it cools, it will harden and replicate the shape of the vessel it’s inside.

In 1946, James Watson Hendry invented the first screw injection plastic moulding machine, sharing both Hyatt’s initials and his drive for plastic innovation. Hendry’s invention improved both quality and production rates, and established the ability to mix coloured and recycled material in with virgin materials. Injection moulding is enjoyed for its high production outputs and its ability to use multiple materials simultaneously, as well as the minimal postproduction effort required due to its clean-out-the-mould characteristic.

The process of blow moulding comprises of multiple steps. First, a small, thin-walled plastic cylinder called the parison is formed by melting plastic material through an extruder. This piece is pre-shaped and sealed at its bottom, then attached to a machine which inflates it with compressed air into a mould which holds the desired shape or pattern. It must then be cooled and removed for trimming. Basically, it is akin to a balloon being blown up into a pre-shaped vessel which holds it in the desired shape, then hardens into a solid part.

Due to its incredible uniformity, blow moulding is popular for manufacturing products which require consistency in both sizing and shape, especially those which require large quantities in short time frames. It has characteristic hollowed, thinned walls and are fast in production as well as economical. It is not commonly used for larger parts.

While initial costs of moulds can be on the higher end, compression moulding is a classic moulding process with incredible design flexibility. It is able to product parts with varying lengths, thicknesses and sizes, meaning it is compatible with complexity, while retaining all the strength of the plastic and keeping a seamless finish. We see compression moulding used for products such as certain automotive parts, handles, and even kitchenware pieces such as bowls and cups.

Pre-heated plastic is placed into an open, also pre-heated mould. A lid or a top plug is then pressed onto the top, compressing the plastic into mould and effectively cooking the plastic and solidifying it into the desired shape. This process may sound familiar: it is commonly practiced in the mornings by the everyday person in the art of making waffles.

Also suitable for high quantity productions, compression moulding only uses thermosetting plastics, and is compatible with more advanced composites such as those with fillers or fibre enforcements. This means the final product is more durable to both wear and tear and corrosion issues. It also produces little waste in comparison to other moulding methods.

A more cost-effective moulding method is extrusion moulding, which works exclusively to create tube-shaped pieces. With high speed and high-volume production, it is commonly used to create items such as gutters, hoses, and straws. It is also unique in that it allows for post-extrusion manipulation, meaning the product can be changed while it is still warm after the moulding process.

Extrusion moulding is low cost; however, it runs the risk of inconsistency in sizing due to the possibility of expansion from heat as it exists the die which is difficult to predict. This means manufacturers must expect deviations in tolerancing. It is also limited in design to tubes, which can take any shape but must remain the same size throughout. However, its simplicity and low-cost means draws in popularity for products such as PVC pipes.

Vacuum forming describes the moulding of plastics using a pliable sheet of plastic which is suctioned over a mould and cooled into a specific shape. It is often used for disposable cups, lids, fridge liners and some auto parts, coming in a variety of colours, materials, finishes and thicknesses.

Commonly labelled as the simplest type of thermoforming, this process uses vacuum pressure rather than mechanical pressure (such as other moulding processes) to manipulate the plastics’ shape. The sheet of plastic is clamped into place, then softened with heat before being lowered over the mould. A vacuum then sucks the plastic, forcing it to form the desired pattern, and then cools into a solid component which can be removed and trimmed, sanded, or smoothed.

If using low pressure machines, costs can be relatively low, especially with cheaper materials. It is ideal for parts which only require shaping on one side. Moulds can be concave (female) or convex (male), which determine how the plastic sheet is positioned to create the final product; female moulds may require that the plastic sheet be pierced, so that it may be sucked inside to concave appropriately.

It can be used to create an almost limitless array of products, however, is most used for larger products such as water and fuel tanks, outdoor furniture, medical equipment and even vehicle components.

Plastic in powder form is filled into a metal mould, clamped closed and then put into a large oven. The oven often has multiple biaxial arms which work independently of the other, allowing for multiple parts to be cooked simultaneously. The machine puts the mould into bidirectional rotation, allowing the now sticky, melting plastic to coat the walls. Once all the plastic has effectively sealed to the mould walls, the tool is placed to cool, usually in front of large industrial fans, which solidifies the plastic and slightly shrinks it, separating it from the mould wall. It is then removed and trimmed. 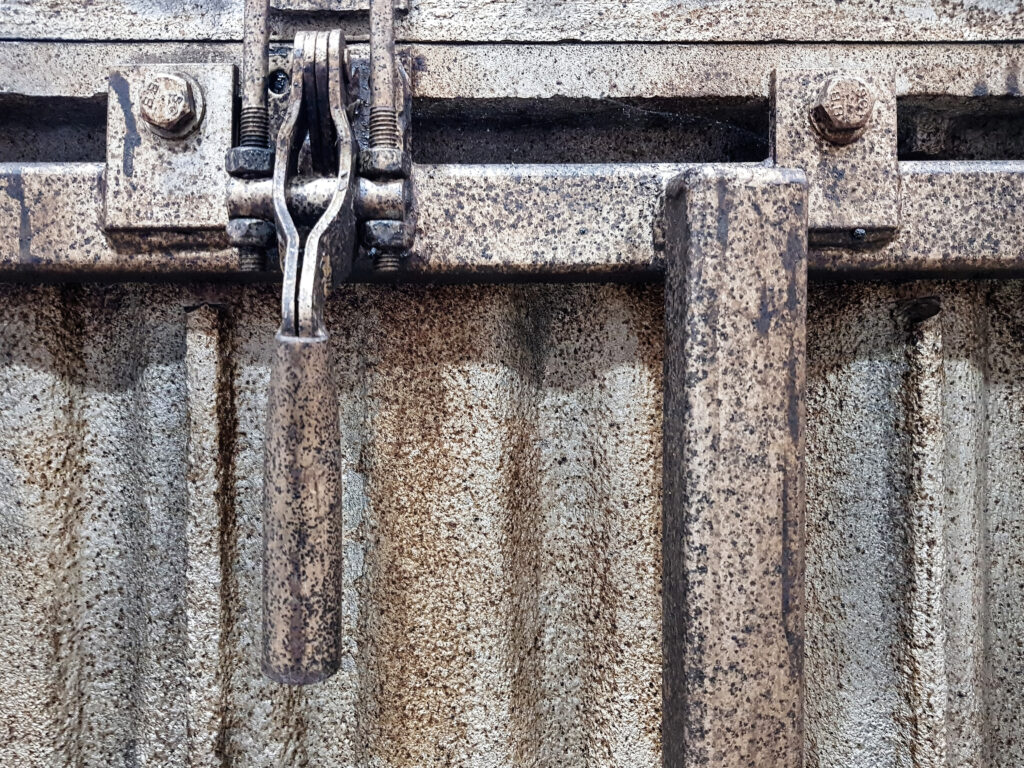 Close up of closed tooling.

While most of us have been surrounded by plastic products since childhood, there are some who still remember the time before the era of plastic. However, none can claim to precede the age of moulding processes. These processes have been perfected over time and through practise, being passed down through the generations. As they evolved, they transformed the world of design into one of limitless innovation and imagination. At Rotadyne, we are privileged to have access to a variety of moulding methods, whether in-house or externally sourced, which allow us to cater to our customers projects for a fully customised manufacturing experience. Join the Rotadyne family, and allow us to be your guides through the manufacturing process, and unleash your products potential.