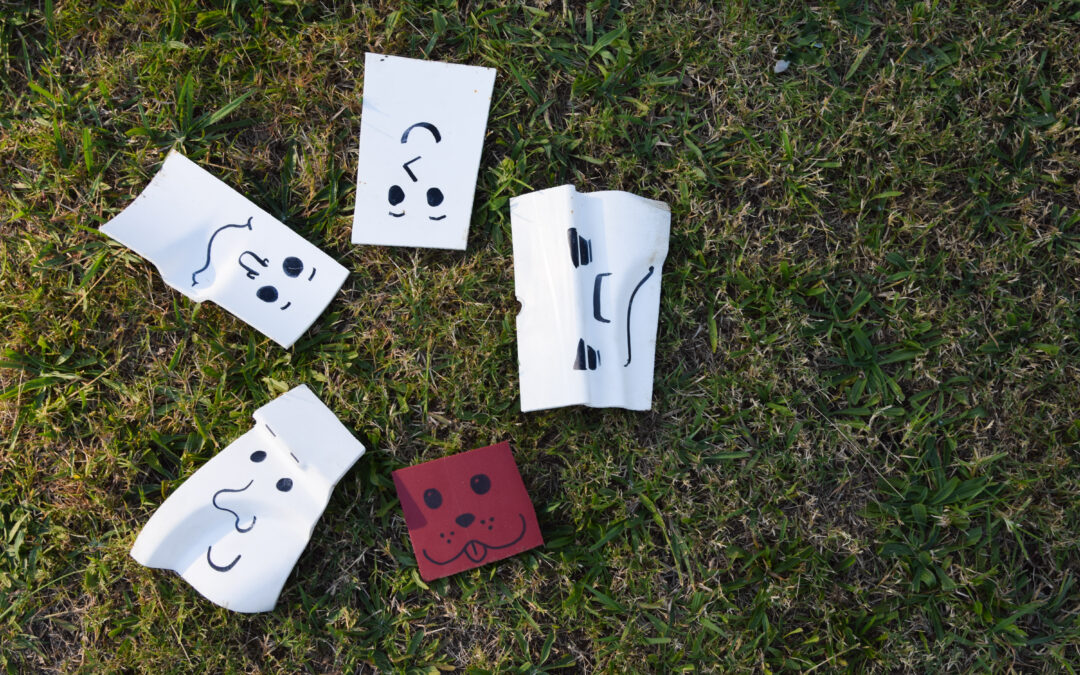 There are many types of plastic. Although, whilst they are part of the same complex and dynamic family tree, it is filled with versatile and unique branches (you can read more about them here).

Polyethylene is one of the most popular plastics, and, like many other plastic types, it comes in many grades and varieties, all of which differ in characteristics, advantages and limitations. Polyethylene is preferred in rotational moulding due to its superior manufacturability and it being cost effective.

In general. plastic has very quickly become one of the most important commodities of the 21st Century, completely transforming the manufacturing scene into one of endless potential. And from that, an estimated 97% of rotationally moulded products are made from Polyethylene; the Polyethylene’s are clearly a highly esteemed family. 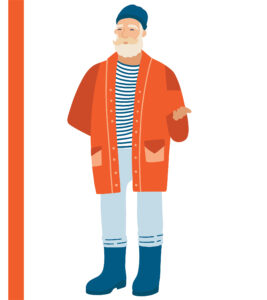 Low Density Polyethylene, or LDPE, is the grandfather of plastics, being the oldest form of polyethylene in the family. Despite its grandfather status, LDPE is normally less rigid, and has a lower maximum service temperature resistance. It also is not very compatible with mineral oils or oxidising agents.

However, this oldie is still very much a goodie. Grandpa LDPE has a liver of steel, being highly resistant to alcohols, acids, and dilute alkalis. LDPE is also an excellent electrical insulator with low water absorption, low cost and good processability.

It’s high impact strength and weatherability means it’s not so easy to knock this grandpa off his walker. His memory isn’t as sharp as his younger relatives, meaning under strain it has a harder time returning to its intended shape, and instead tends to stretch. However, it’s this ability to achieve thinness which makes it ideal for film plastics and stretch wraps.

Other commonly manufactured goods which are made with LDPE are containers, trays, bottles, computer components, and perhaps the most well-known product, plastic bags. Parts that require good flexibility, weldability, or that need solidity but also a soft pliability (such as snap on lids and caps) benefit from LDPE. 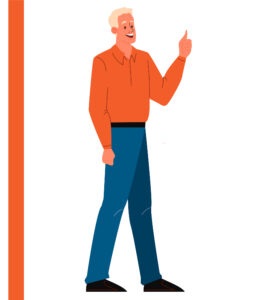 In terms of resistance, strength and life-span wise, HDPE is on par with its family members. What distinguishes them from their relatives, however, is its rigidity. This makes it popular with plumbers, being often used for piping systems!

HDPE is extremely safe; along with the rest of the Polyethylene family, it does not leak chemicals present in other plastics such as BPA, allergens, phthalates, or heavy metals, into the contents of its containers. For this reason, HDPE is popularly used for food and beverage packaging, as it doesn’t leach toxic chemicals into the container’s contents.

HDPE also produces no harmful fumes into the environment and is commonly recycled to manufacture other composite materials. HDPE products have a high recyclability rate; over 115 million milk jugs are recycled every year, making this material a leader in the plastics family for sustainability.

Finally, HDPE has great colour retention and, with the addition of additives, weatherability. HDPE is thus often used for children’s toys which particularly require the UV resistance in environments with harsher temperatures, such as our sunny spot, Australia. It also generally has a higher melting point, which allows it to withstand higher temperatures than its other family members such as its father, LDPE. 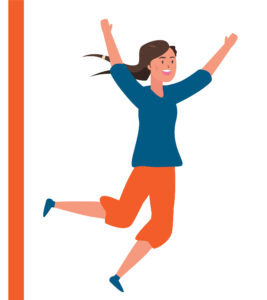 Linear low-density polyethylene is a true successor of its grandpa, being structurally similar, however with added benefits!

LLDPE is much more flexible than LDPE, is arguably the most agile of the plastics. Toys, pipes, containers, and tubing are often made with LLDPE. LLDPE also continues the family legacy of a high resistance to water and alcohol vapor, providing an even stronger buffer for chemicals than Grandpa LDPE.

LLDPE is also more stress crack resistant; its molecular structure has better memory, and can endure its shape for a longer time. This, as well as more resistance to stress cracking, make LLDPE popular across multiple markets and industries.

Both LLDPE and LDPE are made up of molecules which are threaded like a rope. The threads of fiber twist together during the heating and cooling process, determining the product’s strength. LLDPE is distinct from LDPE as its atomic links in the twisting fibers are stronger, longer chains, which stay united under strain without tearing or stretching.

Here at Rotadyne, around 90% of our products are made with LLDPE. This includes everything from packaging, to piping, and from toys to tanks. 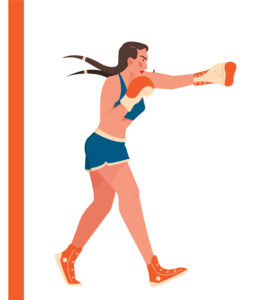 XLPE is a spitting copy of its sibling, LLDPE. But with a serious attitude problem, and excellent memory, being able to revert to its original state after being deformed. This material can definitely hold a grudge, and its shape!

XLPE is extremely strong and holds high environmental, temperature and stress resistance. It also has high impact strength, up to five times that of HDPE.

One downfall of XLPE is the lack of recyclability or melting properties. However, XLPE applications are arguably limitless; it is used for a variety of both common and unique products. The most well-known applications however are power and electricity cables, as well as replacing the copper products in plumbing due to its non-corrodible qualities, and its strength in direct routing of pipes. It is has a better longevity.

Unlike its linear structured ancestors, crosslinked polyethylene molecules are more than just tightly woven; they totally fuse together. During heating and cooling of the material, a catalyst is added which turns the material into a thermoset, or an irreversible material. Thus, due to being extremely stubborn, XLPE is not recyclable, and will just burn and char instead of melting.

Simply put. XLPE is special because it is a singular, solid part woven together on a molecular level in a crosshatch pattern, which provides it immaculate resistance against corrosive chemicals as well as incredible strength. At the time of its invention, this adaptation transformed perceptions and opportunities surrounding the use and production of plastic.

For this reason, XLPE tanks are largely used for chemical storage, which perfectly highlights the Polyethylene family’s massive generational evolution regarding corrosive liquids, going from totally incompatible to a favoured material. 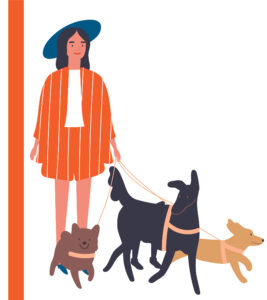 Up until now, all members of the family have been mostly made from virgin resins. This means they have been extracted from raw or natural sources and have never been processed before.

However, there are other options, such as Regrind, a recycled plastic option. Regrind is commonly used for products such as industrial containers, furniture, plant pots and underground tanks.

Regrind plastic has many benefits; to begin, it can reduce the cost, as it optimises the material usage and is overall less expensive than virgin materials. This optimisation also leads to environmental benefits, such as a reduced demand on natural resources.

However, it also has it limitations. There is a prominent reduction in cosmetic quality, particularly regarding the colouring, as well as reduced strength. Shrinkage has also been noted to be less predictable with regrind than with virgin materials.

It should be noted that Regrind must be used strategically and skillfully. Heat history and grinding process can degrade the physical, chemical and flow properties of thermoplastic resins; this is perhaps the biggest challenge. It is only by monitoring key elements such as the temperature, the granule size, and contamination, that manufacturers can successfully produce capable, cost effective and more eco-friendly plastic parts.

Polyethylene may be a powerhouse in plastics, being low in cost and light in weight, but it holds its weaknesses, such as its high shrinkage rates and limited temperature resistance. On the other hand, its extensive family lineage provides it with a diversity in material qualities which deem it suitable for countless applications.

But Polyethylene is just one branch in an enormous family. Plastic provides endless options and limitless opportunity, which is testament to its flexibility and ultimately its power within the manufacturing industry.

In this family tree, each branch shines with the only ever-increasing potential of polymers.